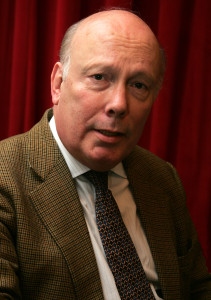 Actor, novelist, director, screen writer, Julian Fellowes, writer of the most successful Downton Abbey TV series then something for the future. 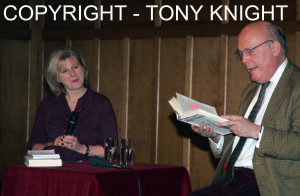 Julian Fellowes photographed at the Croft Hall, Hungerford for Berkshire Life Magazine, Talking to the magazine’s then editor Tessa  Harris ( an award winning novelist in her own right ), about his newly published novel PAST IMPERFECT at a public evening with the author on Wednesday 10th December 2008.

Julian Fellowes, who has been honoured with a Founders Award by the International Emmy Awards has plans for a film of Downton Abbey too !

Following in the proud tradition of Charles Dickens, who first published his stories weekly in print, his latest project, has been  accessible via the modern equivalent – an app, online since April 2016.

On his website – https://julianfellowesbalgravia.com, the ever inventive author said :

”  The app will be launched via this website in April 2016, with the first episode free to download. You’ll be able to subscribe to the full 11-episode weekly serial for £9.99/US$13.99 (both text and audio) or you can buy individual weekly episodes for £1.49/US$1.99 which will be delivered automatically to your device the moment they air every Friday. There will be extra material, videos and other bonus features hidden within each episode. If you would prefer to wait for the printed book, the £18.99/US$26.00 hardback will be published in June. “