A DAY TO REMEMBER WITH PRIDE.   HAPPY DAYS ! 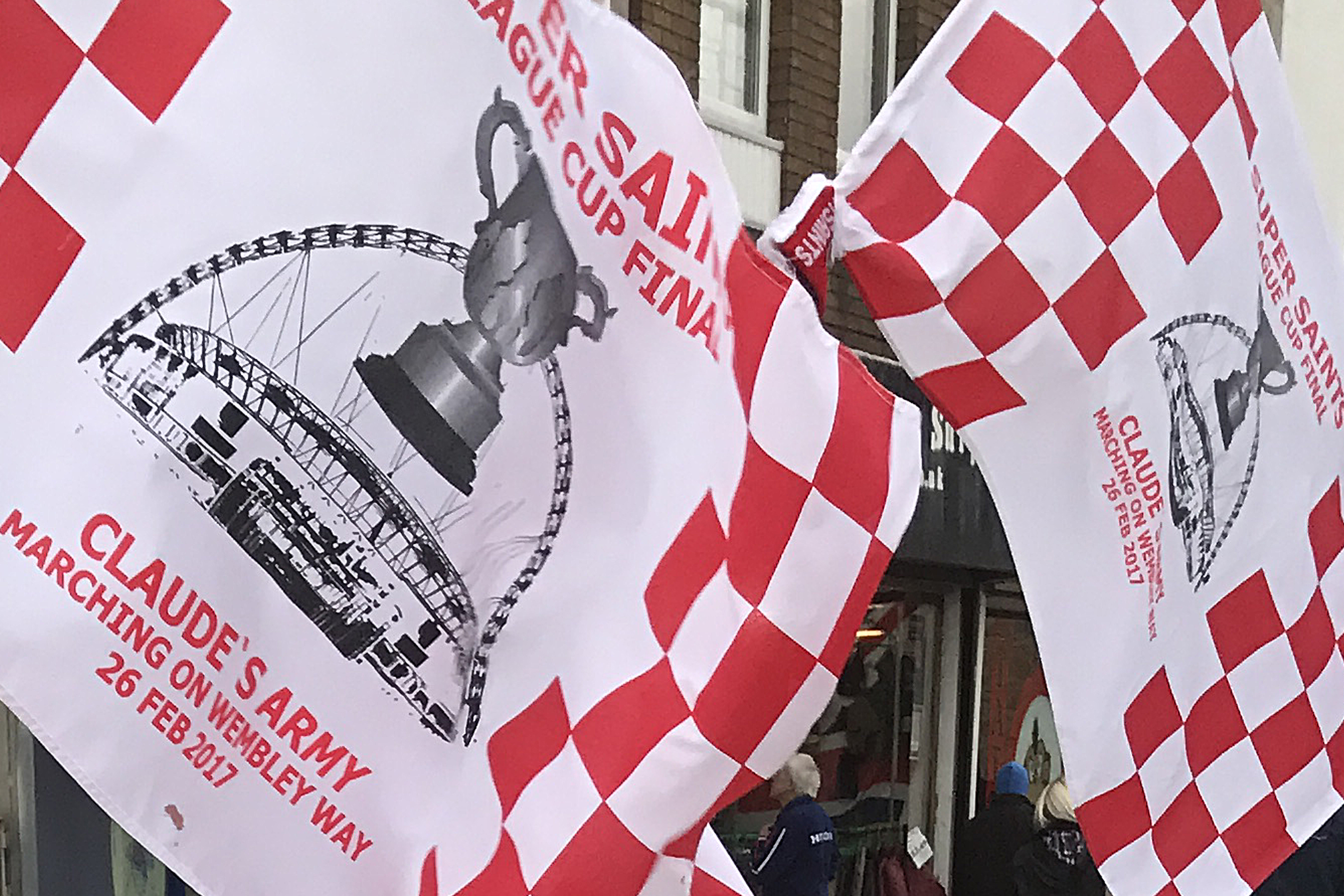 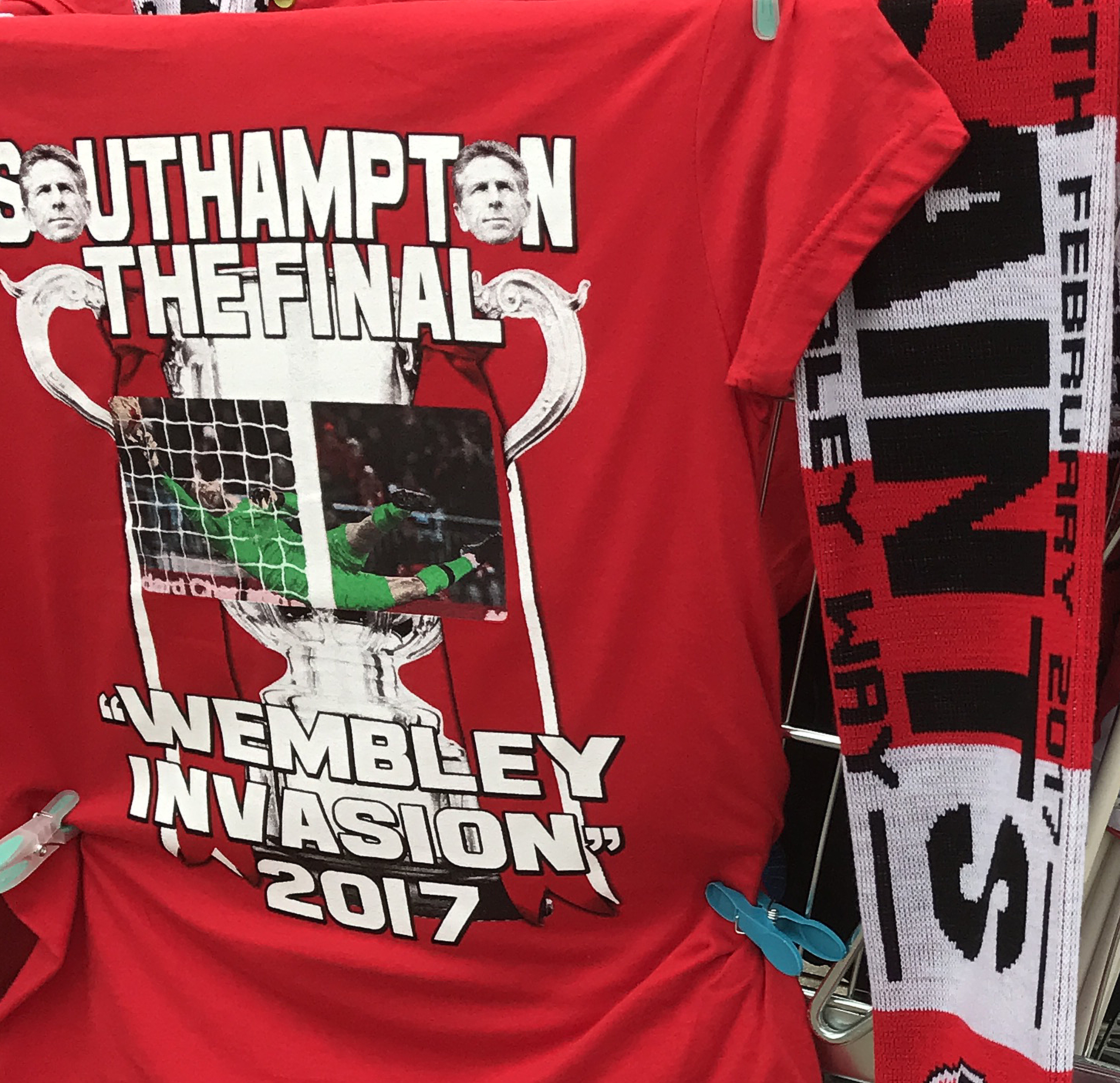 LAST SUMMER – A DAY TO REMEMBER WITH PRIDE.

Sunday 1st May 2016 was the 40th anniversary of the ‘ Day We Won the Cup, ! ‘  and was the culmination of a week of celebrations of the Saint’s victory at Wembley Stadium. 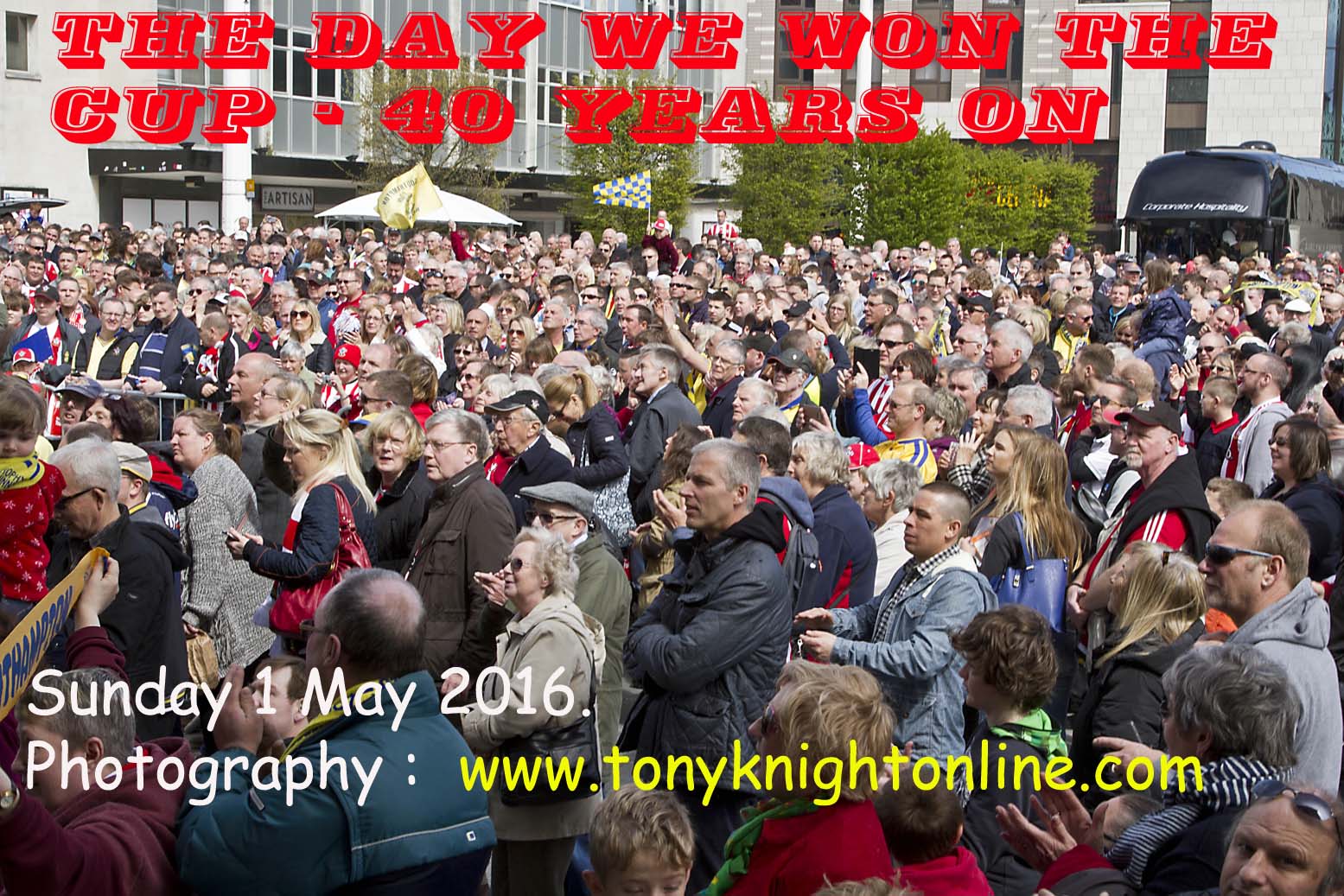 Three days of events were held to commemorate the Saint’s victory, culminating in a civic reception; a tour of the city on the same bus they used as the streets were packed in 1976 and a nostalgic evening tribute at the Mayflower Theatre.

Wherever they went, the surviving players and their manager Lawrie McMenemy were mobbed, friendships renewed, excitement re-kindled and many photographs taken. 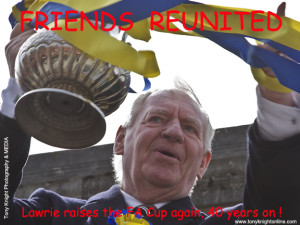 The players and their families were entertained by Councillor Linda Norris, performing one of her final official engagements in her mayoral year. Writing on the City Council website afterwards, she wrote :  ” An absolute honour to be with The Boss & The Boys-40 yrs on I’m celebrating moving to Soton that very weekend!  ”

With the F A Cup after presentation of player’s Freedom scrolls. 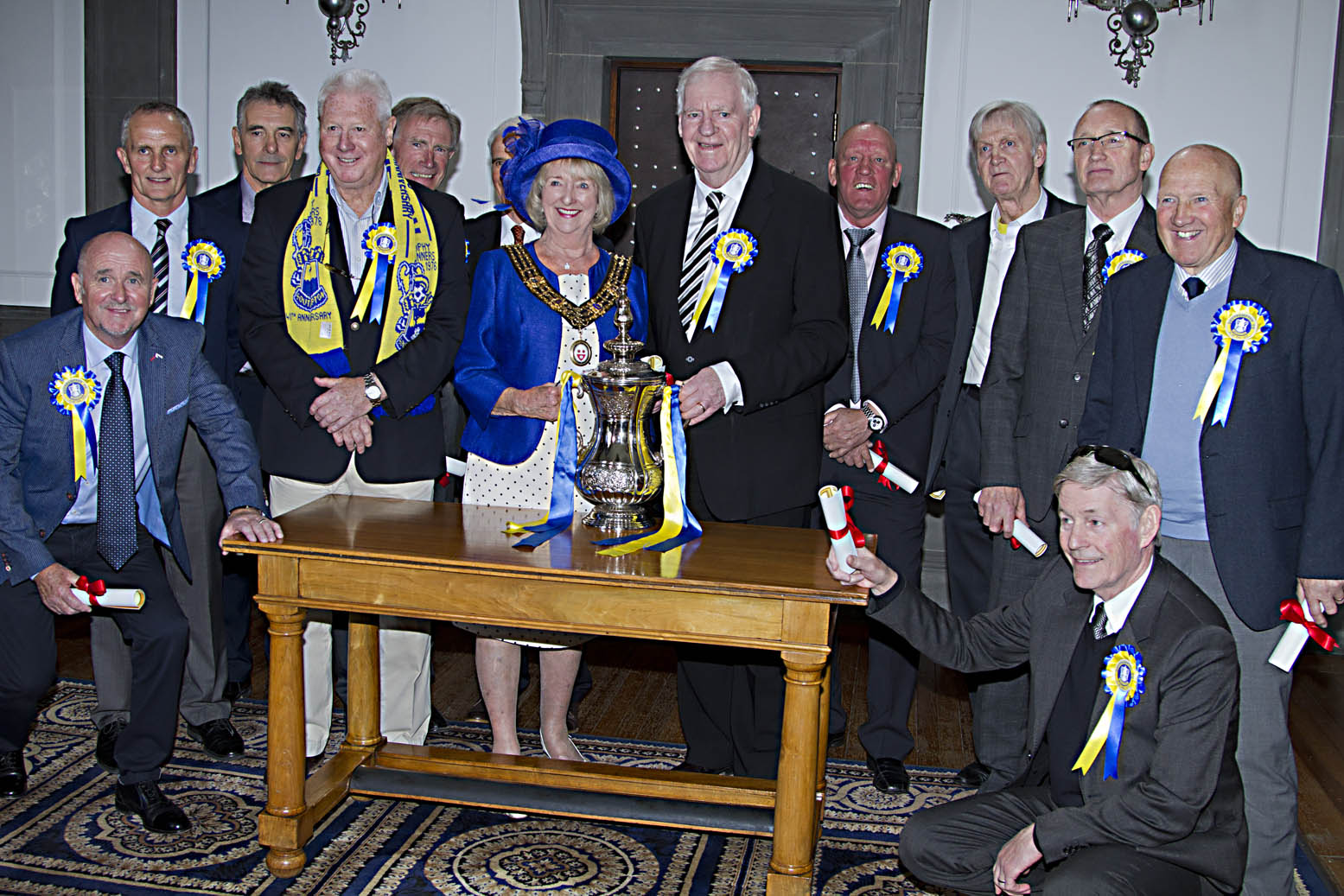 Players and families relax for lunch before their tour of the city. 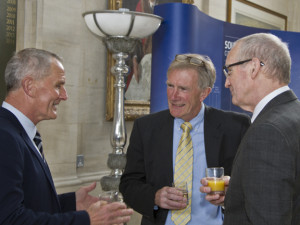 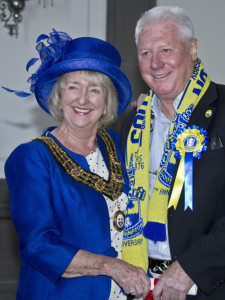 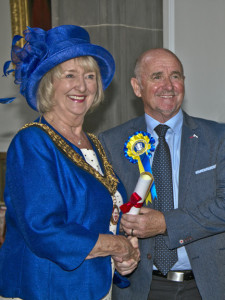 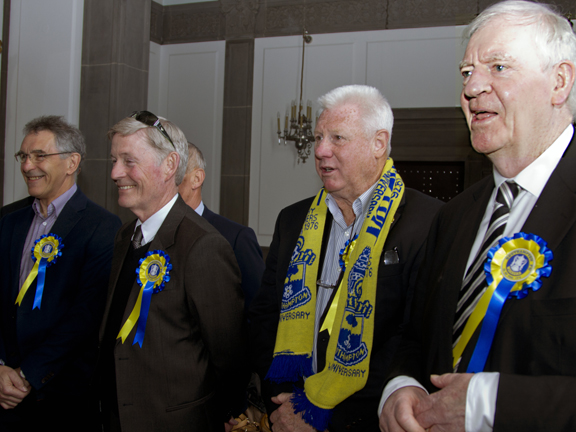 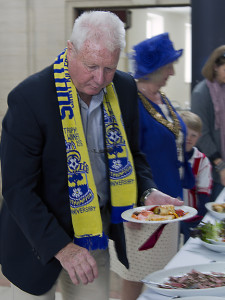 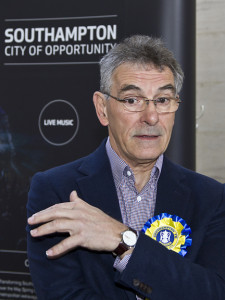 Thanks for organising the major celebration events are due to Southampton’s own star comedian Mike Osman, who worked tirelessly behind the scenes for over a year to ensure everything went smoothly. Great Stuff, Mike ! 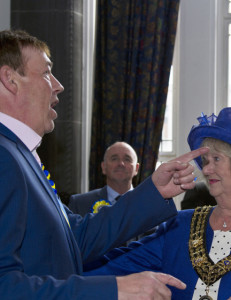 Time for one last picture group picture for the album. 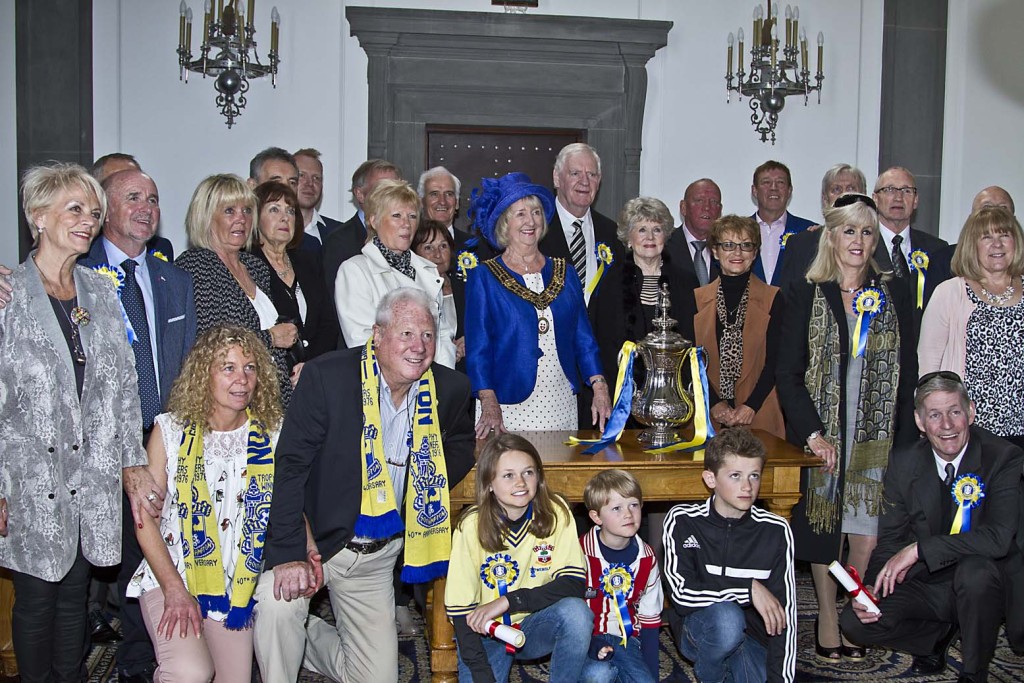 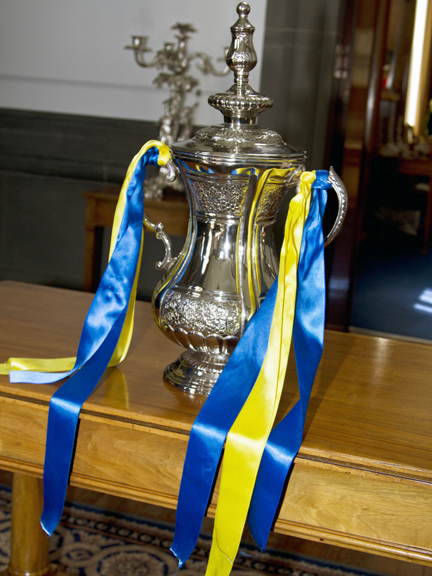 After the civic reception, with Mike Osman cheering on the crowds thronging Guildhall Square, the players and families boarded the same bus, used in the 1976 victory parade to make their way through the streets to St Mary’s Stadium for the match.  To add to the Saint’s joy, they beat Manchester City 4 – 2 ! 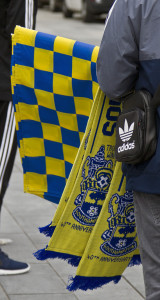 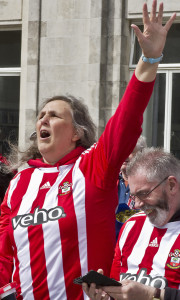 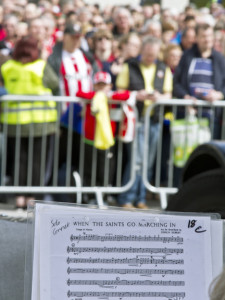 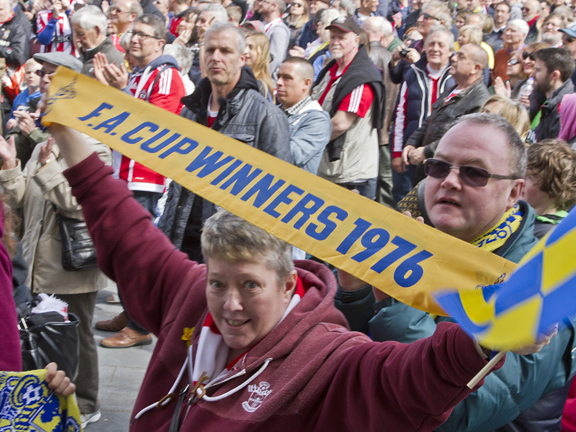 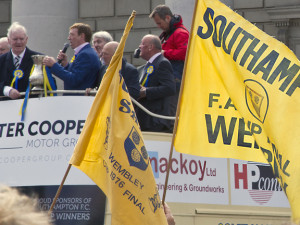 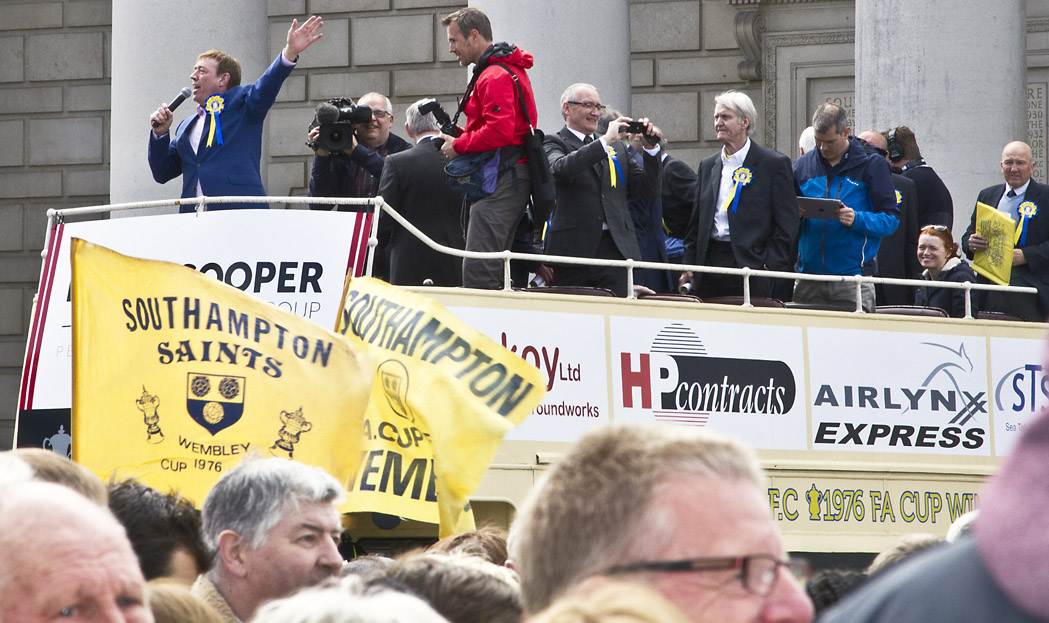 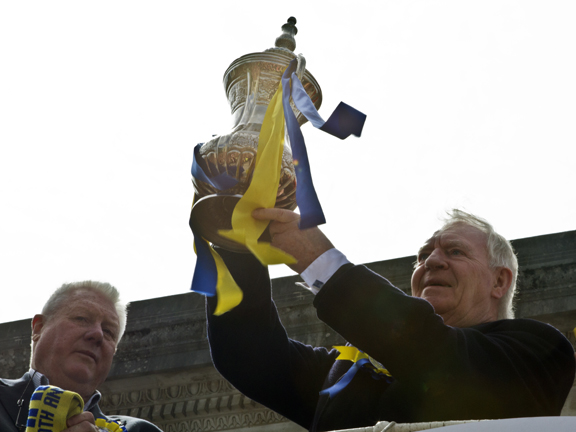 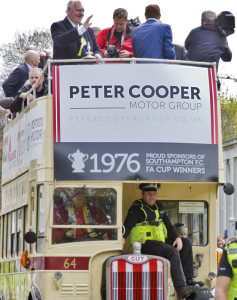 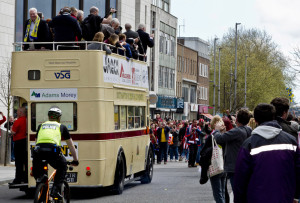