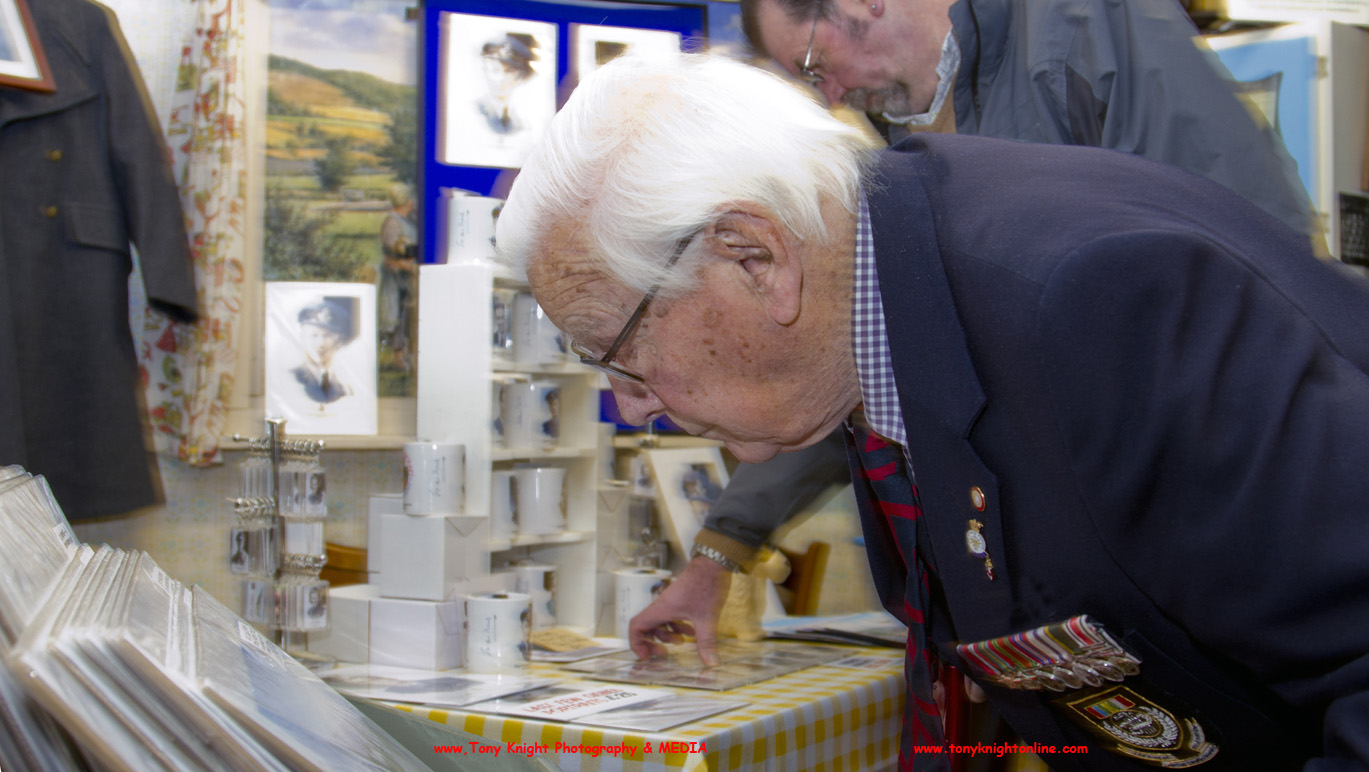 Fergus Anckorn was the youngest member of the Magic
Circle at 18 years of age and 70 years later he is the Circle’s oldest member.            Now a sprightly 98 year old, Fergus served in  the Royal Artillery and is a veteran of the notorious Siam to Burma railway.  His story is revealed in Peter Fyan’s book, ”  ‘ Captivity, Slavery and Survival as a Far East POW – The Conjuror on the Kwai.’ 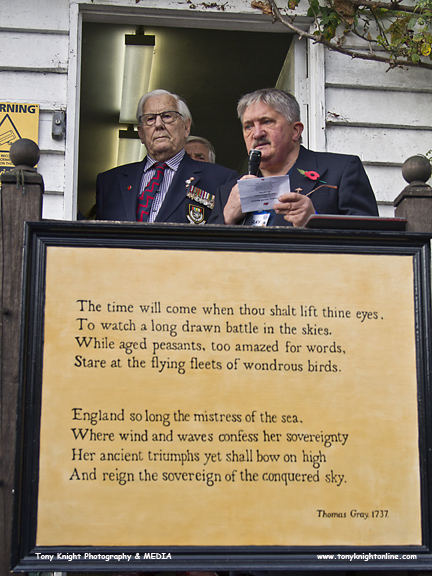 On remembrance Sunday 2016, he was welcomed as guest of honour to observe the two minutes silence at the Shoreham Village Aircraft Museum, in Kent.

A good gathering of visitors assembled for the museum’s last opening this year and were made very welcome by the volunteers. It was warm enough to sit in the garden, as two Spitfire aircraft from nearby Biggin Hill Airfield made several low passes over the village, marking the end of the silence.  A cosy Tea Room sells homemade cakes and pastries and is decorated with interesting memorabilia.

The museum was founded by volunteers in 1978 and is dedicated to the airmen who fought in the skies above Southern England  in World War II.  The collection comprises documents, letters, photographs and artefacts from actual fighter aircraft.  Its also possible to obtain signed memorabilia. 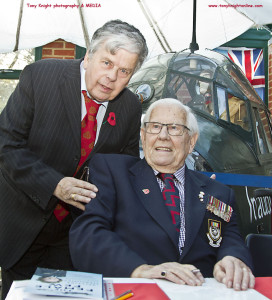 The occasion was made more special by being able to meet Fergus Anckron. 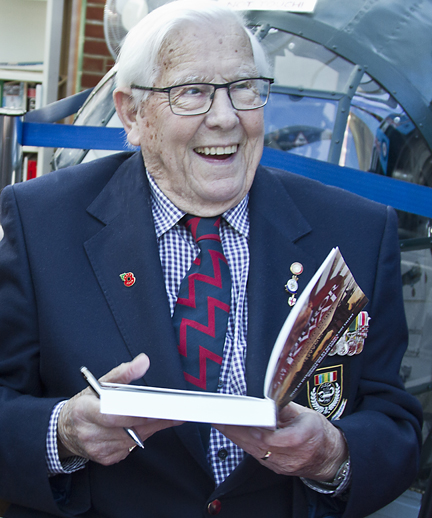 Fergus Anckron signs copies of his fascinating and moving story.

Shoreham Village is a delightful spot on the River Darent at the foot of the North Downs. My visit on 13 November 2016, was on a delightful, warm late autumn day, with the narrow lanes awash with cyclists. It is the quintessential English village with it’s fascinating aircraft museum, commemorating those who flew against the Luftwaffe in World War II.  Shoreham has been dubbed ” the most bombed village in Britain, ” doubtless because of it’s proximity to RAF Biggin Hill airfield and the prominent white cross on the hill behind the village. clearly visible from the air. 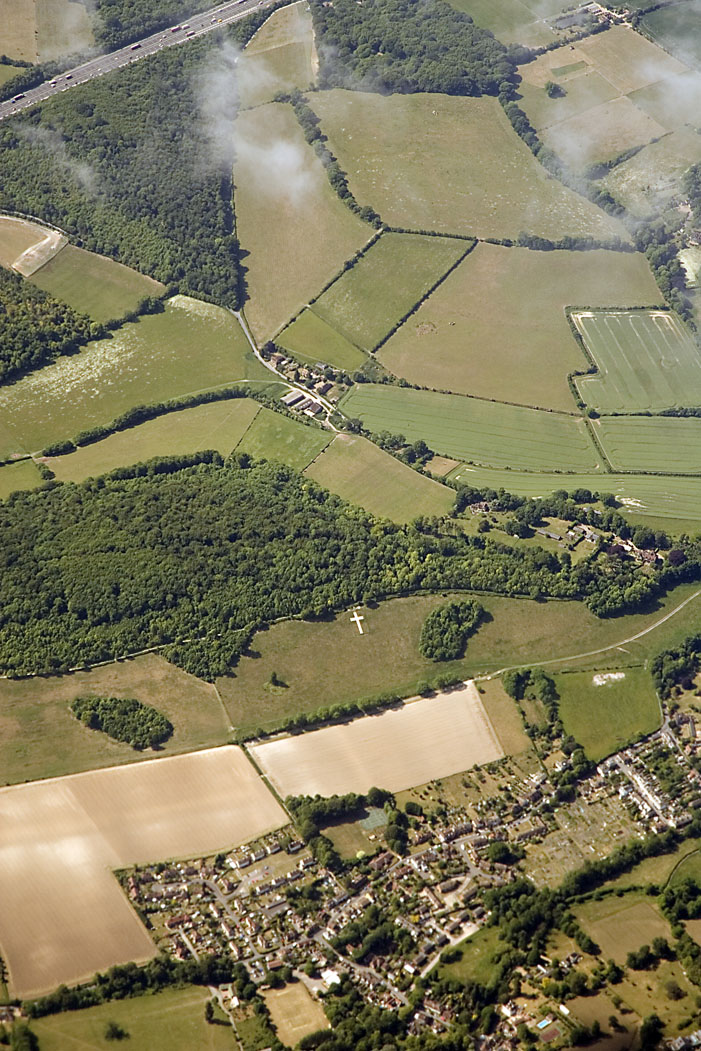 Sadly Fergus died on 18th March 2018.  It was a pleasure and privilege to meet him on remembrance Sunday 2016. He was a true gentleman and a brave survivor of his time on the River Kwai in wartime Thailand.