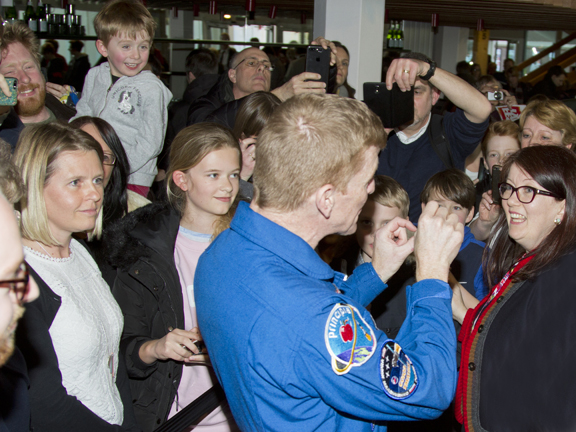 Smiles all round as British astronaut Major Tim Peake meets the audience after his freedom presentation.

Civic dignitaries joined an excited audience, many of them local children, as Tim sat amongst them with his parents and was invited onto the stage to receive the large framed scroll bestowing the ancient civic honour, inaugurated in the 12th century. 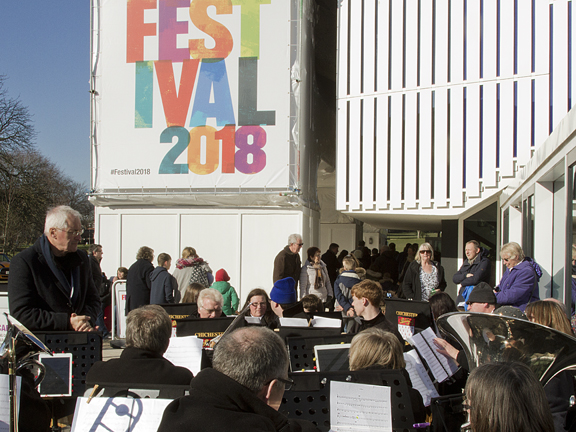 Some of the 1,200 people present at the  Chichester Festival Theatre are entertained by the Chichester City Band braved the cold weather to play for them.

In presenting Tim with the honour, Mayor Cllr. Peter Evans thanked him for all that he has achieved.  He said, ” You have promoted Chichester and the UK and served the rest of the world in broadening mankind’s knowledge in the sciences.  This was done through your experiments in the International Space Station during your six months mission and we thank you. ”

” During his mission, Tim has excelled in communicating with young people in our schools and colleges, enthusing young people in the sciences with his experiments and many transmitted communications with those students back on earth. ”

Replying Major Peak spoke of his pleasure being back in Chichester ( where his exhibition ”  Tim Peak, An Extraordinary Journey ” was held at the Novium Museum in 2017 ).  He thanked his parents for their ” unwavering support ” and commented that ” none of this would have been possible at all without the immense support from family and friends. ”

” Despite choosing a career path from an early age that has had more than its fair share of risk, my parents have always provided the encouragement and unwavering support to help me succeed.  Thank you mum and dad and all the friend that are here today. ”

” Of course, Chichester and the local area hold a very special place in my heart,  It was a decision in those formative years that really shaped the rest of my life and ultimately led me to space. ”  He also took a few moments to praise the Westbourne Scouts; and the Chichester High School whose students he had visited on Friday. 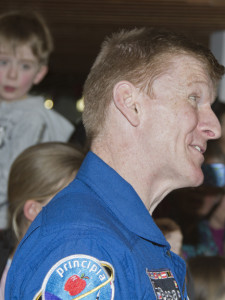 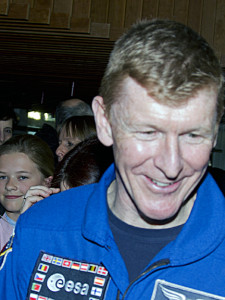 After becoming a Freeman of the City, Tim held the audience in thrall with a talk about his work in space and the European Space Agency’s Principia Mission and answered questions.  After which he appeared in his familiar blue flying suit and walked through the audience lined up in the theatre’s foyer to meet him and salute him with a fusillade of mobile ‘phones. After his 20 minute ‘ walkabout, ‘ it was time for Tim to wave goodbye, leaving his fans delighted and happy to have witnessed the day that Chichester had honoured it’s favourite son on a day for the record books.  As one mother told her young daughter, ” this is a day you’ll be able to tell your children. ” I’m sure that it’s one that Tim will also long remember, as he clocks up more memorable days in his extraordinary career. 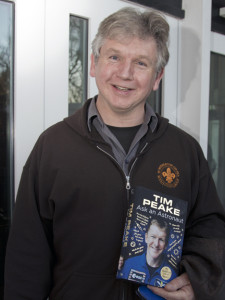 David Knight from Middleton-on-sea thought that the event and question and answer session was ‘ Brilliant. ‘ 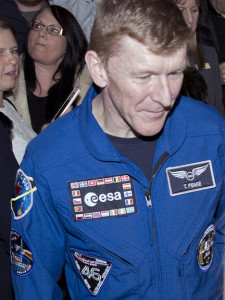 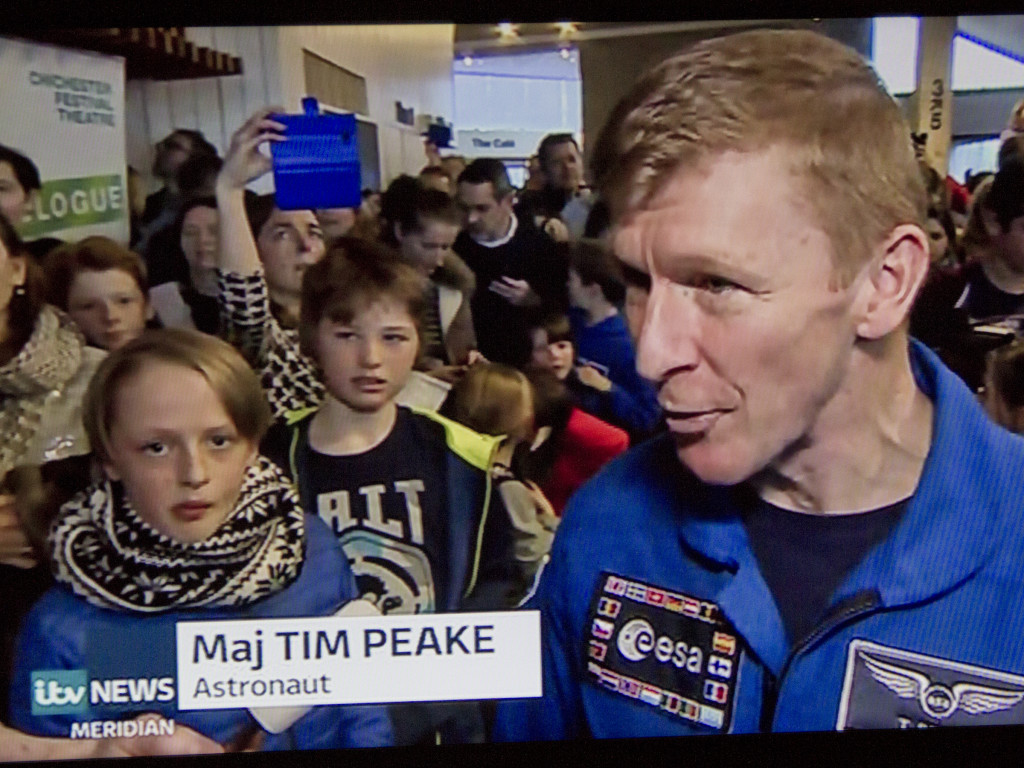 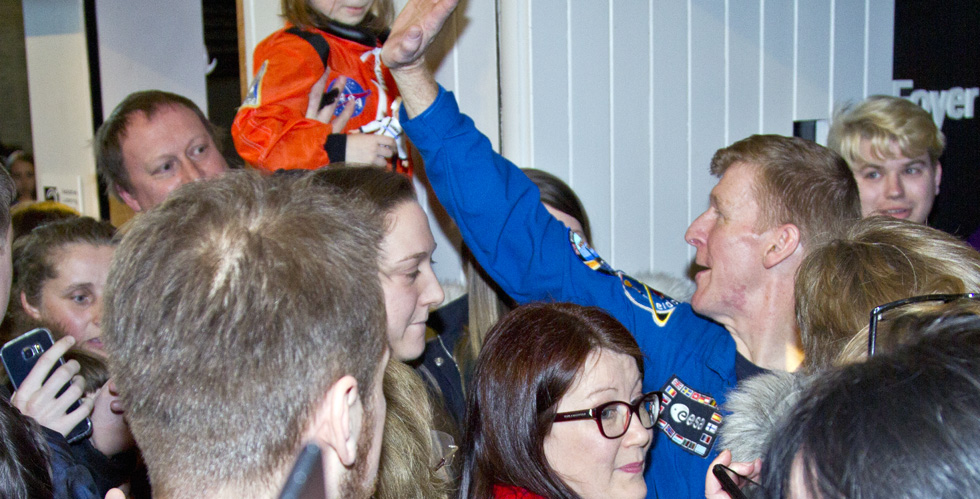 Tim takes his farewell after meeting the audience.

You can read about Tim Peake’s  award winning exhibition on link below :