Cittaviveka was the first Ajahn Chah monastery to be established outside of Thailand. Started by Ajahn Sumedho, its establishment coincided with Ajahn Chah’s visit to Britain in 1979. The property includes Chithurst House, its adjacent Dhamma Hall, and Hammer Wood with many meditation kuṭīs (huts). There is also the Rocana Vihāra for nuns and Āloka cottage for their female guests.

Members of the Buddhist community from across the south of England celebrated the annual Kathina festival in October 2017.  Food was laid out on tables in the ground, as people arrived with food 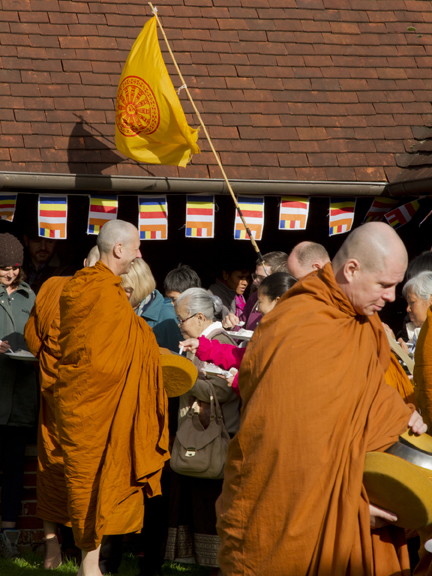 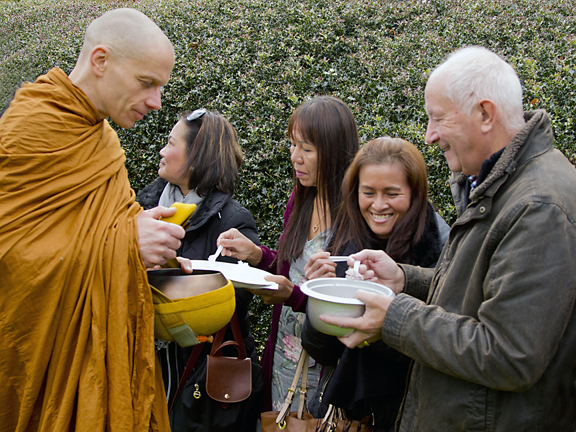 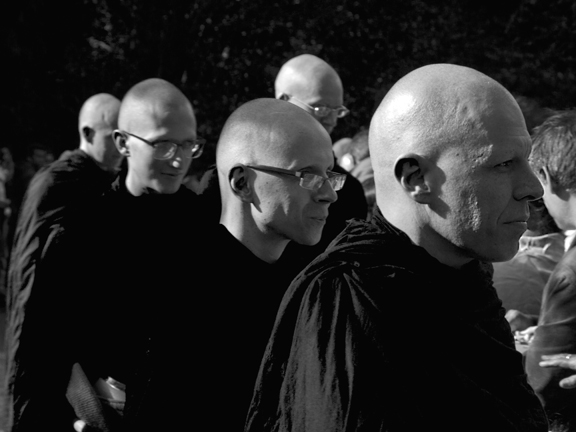 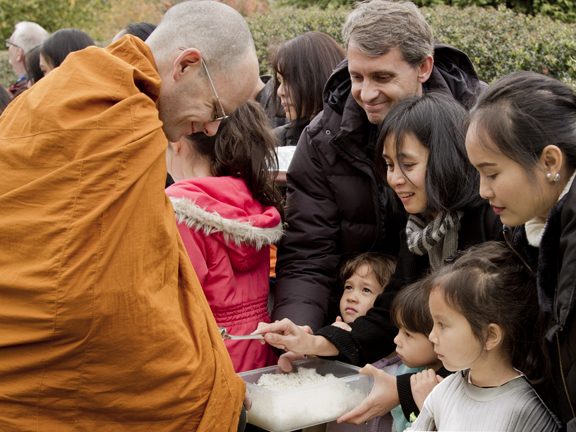 Children play an important part, joining in the rice offerings making it a family event. 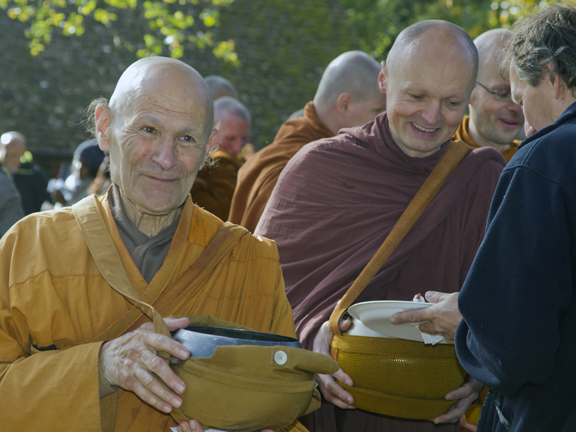 A meeting of friends.

An important part of the day is the offering of the Kathina cloth, which is carried around the Dahmma Hall three times in procession. 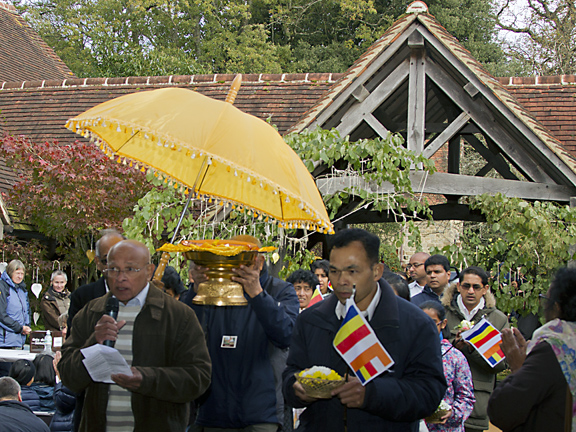 The offering of the Kathina cloth 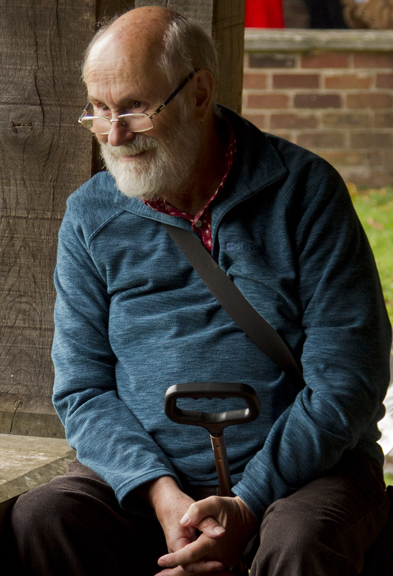 A few minutes rest in the cloister 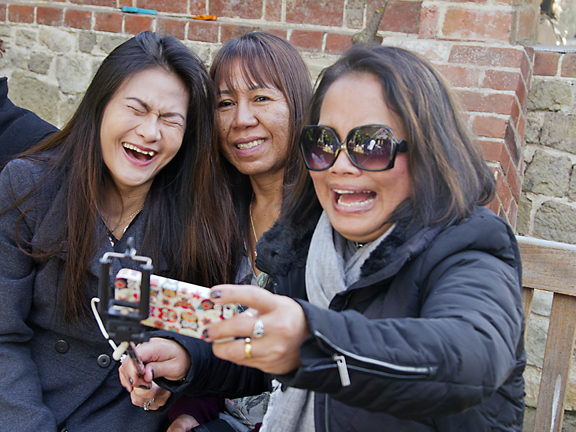 The celebrations are an opportunity for friends to get together

Those attending, defer to the monks, who prepare to enjoy the culinary offerings 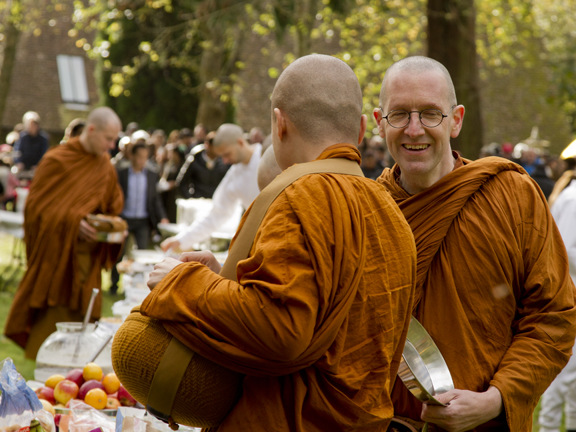 The monks circulate around the tables choosing their favourite treats. 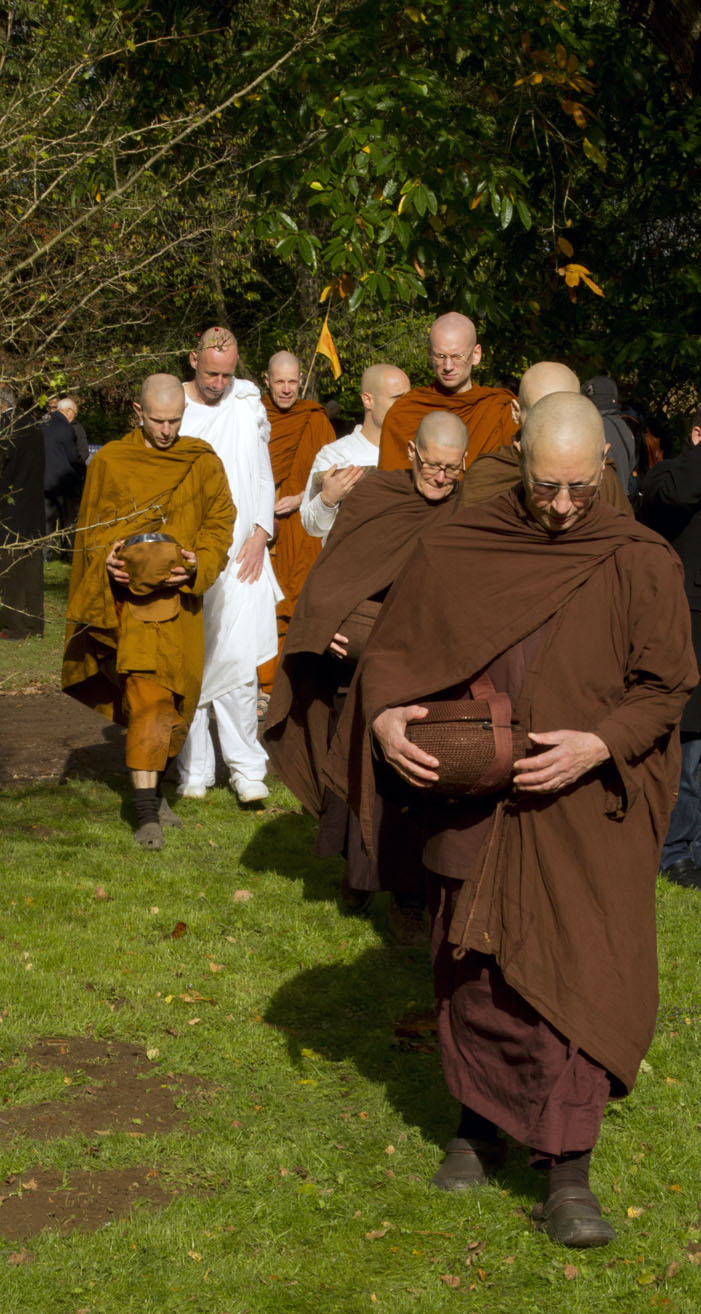 Monks on their way to the Dhamma Hall 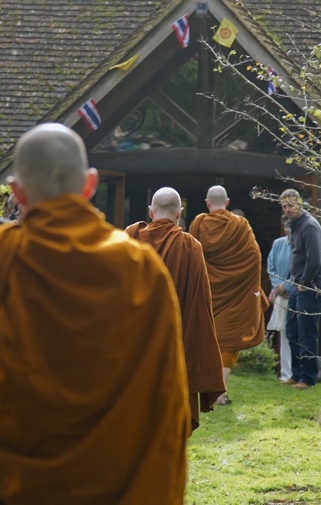 After enjoying the donated fruit, cakes, sandwiches and other goodies, celebrants join the monks in the Dhamma Hall. 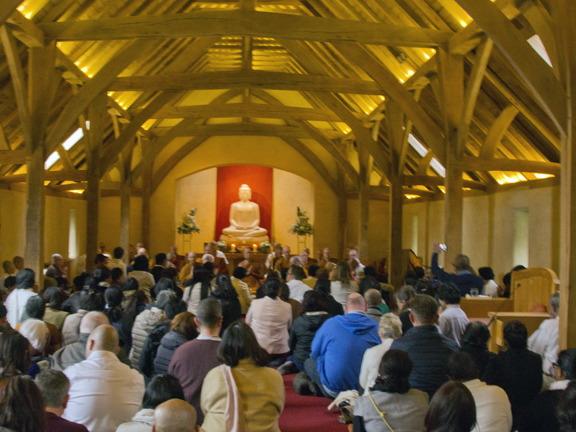 Celebrants gather in the Dhamma Hall to hear the monks chanting

The Dhamma Hall is an inspiring conversion of a former cow shed, which has been enlarged and beautifully crafted from fine English Green Oak to provide a space for quiet contemplation and rejuvenation of mind and spirit. 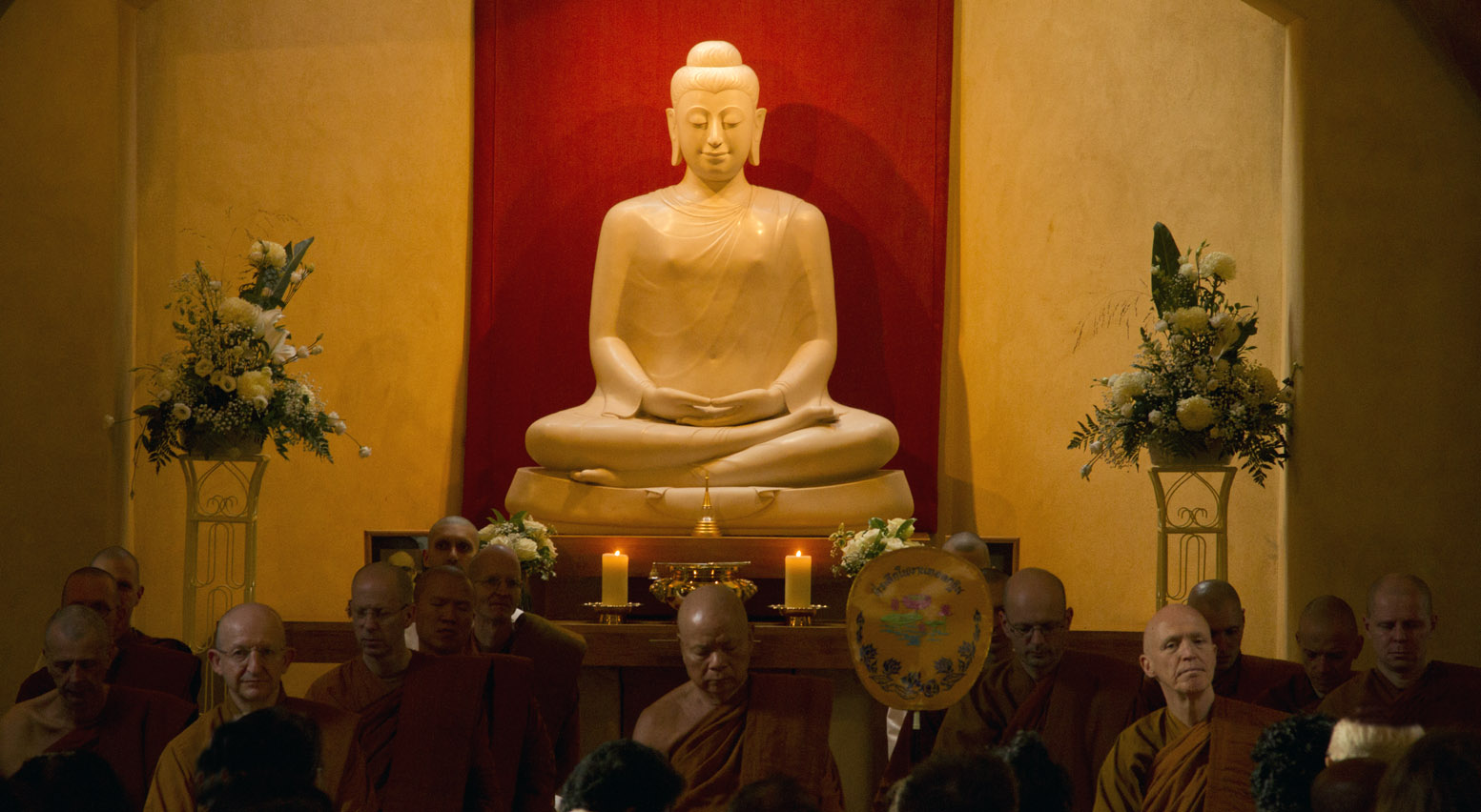 The Buhdda, which is the focus of prayers and offerings 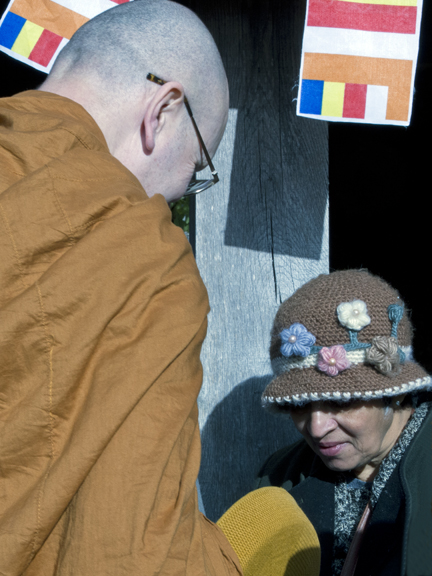 The Kathina celebrations are held at Chithurst Monastery annually in October or November.