On the day of His late Majesty’s funeral in Bangkok, Thailand, the Buddhapadipa Temple in Wimbledon, London became the focus of the grief and tributes of His  subjects in the United Kingdom, many of whom had travelled to Bangkok during the past year of mourning to pay their personal tributes at the Grand Palace.

The Government of the Kingdom of Thailand was represented by the Ambassador, His Execellency Mr. Pisanu Suvanajatanu and senior colleagues. 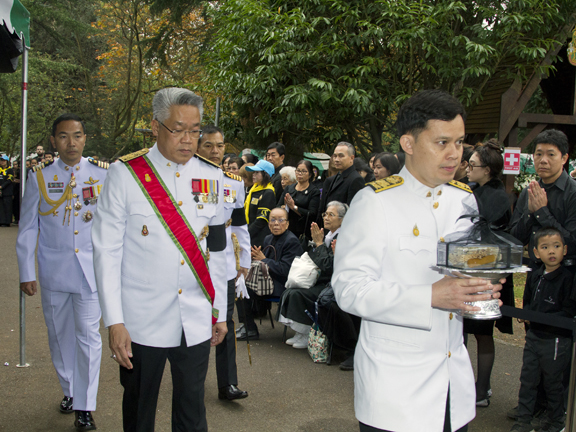 His Execellency Mr. Pisanu Suvanajatanu makes his way to the ceremony.

At the very moment when the ceremonies were reaching their climax in Bangkok, the heavens open over London, drenching those gathered outside the huge marque containing dignitaries and guests. It were as though the sky itself was moved to tears at the solemn moment of bidding His Majesty farewell, as they gave thanks for a life devoted to the welfare of His loyal subjects.

His Execellency Mr. Pisanu Suvanajatanu pays respect to His Majesty.

I had the privilege of joining those in the Marquee to pay my own respect to His late Majesty’s memory and to witness the dignitaries and those assembled, as they gave their own tributes.  Venerable Monks conducted the service, as on the large screen, events in Bangkok were relayed in real time via BBC World Service, so we too could follow the ceremony 6,000 miles away. 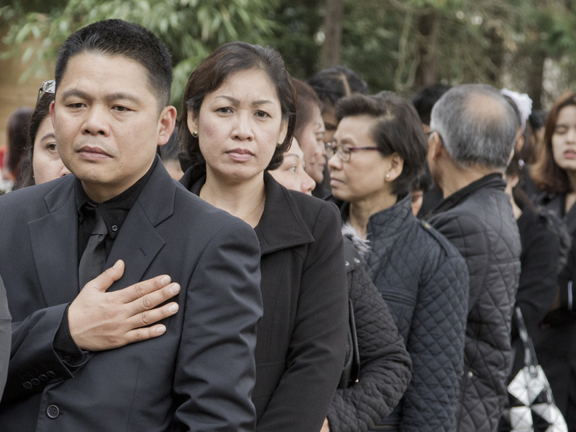 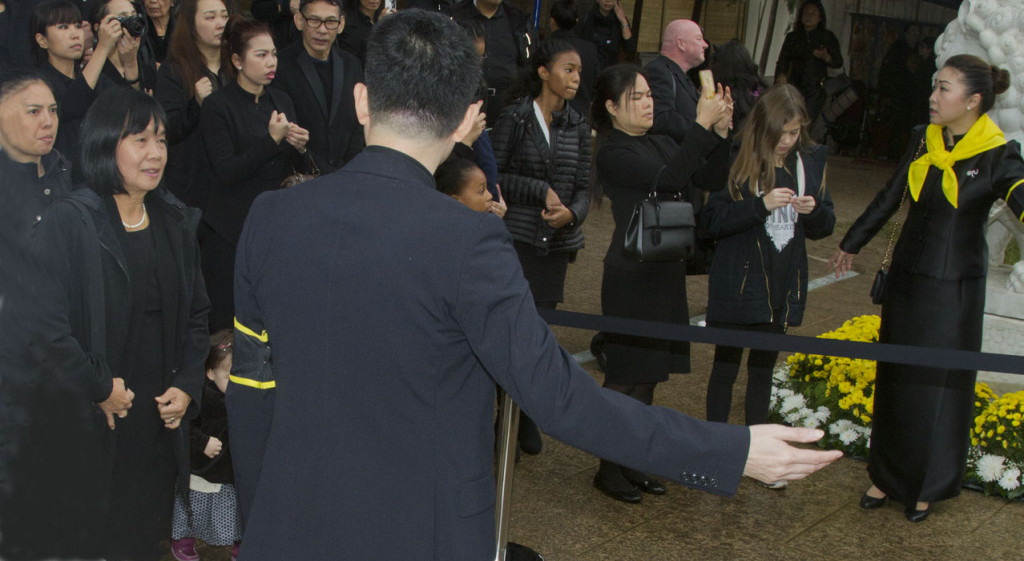 Attendees prepare to pay their tributes.

Mourners filed into the Marque from the rain, to lay their tributes at the altar, bow and take their leave. 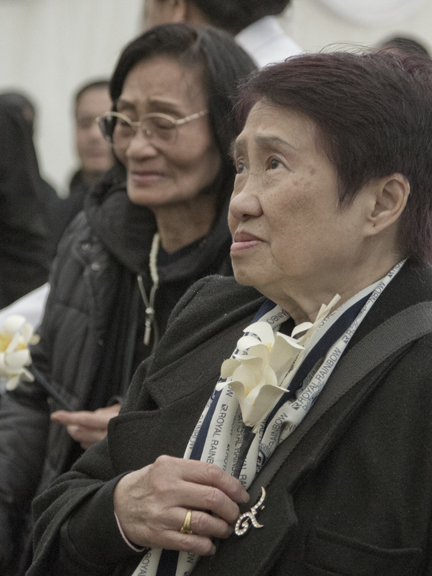 Mourners quietly contemplate the passing of their beloved monarch and show their respect to His memory. 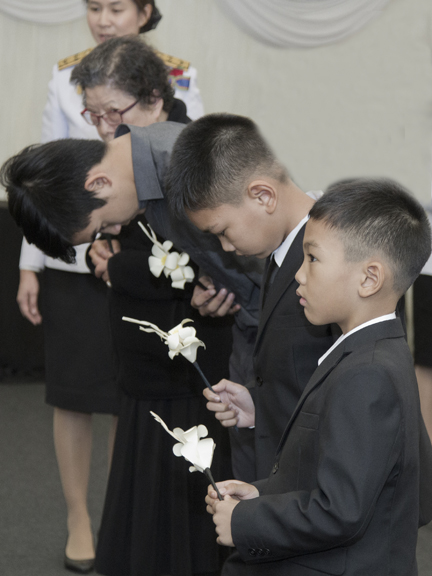 All ages came to the Temple – a day that they will remember. 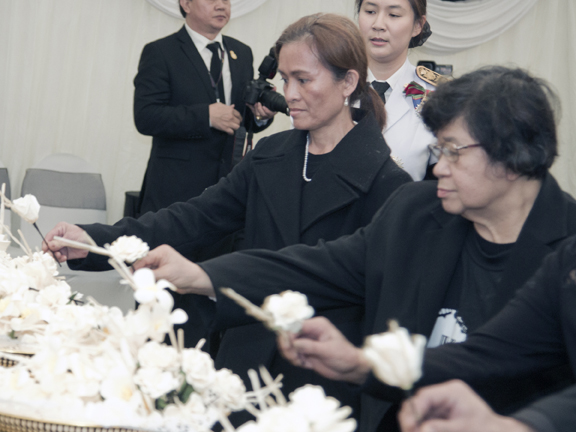 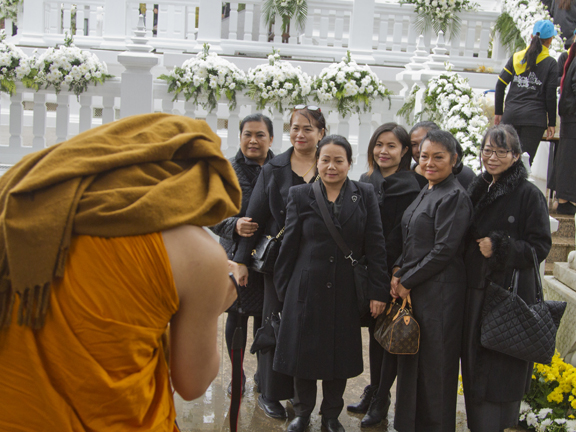 A monk, himself sheltering from the heavy rain, kindly records the occasion for attendees. 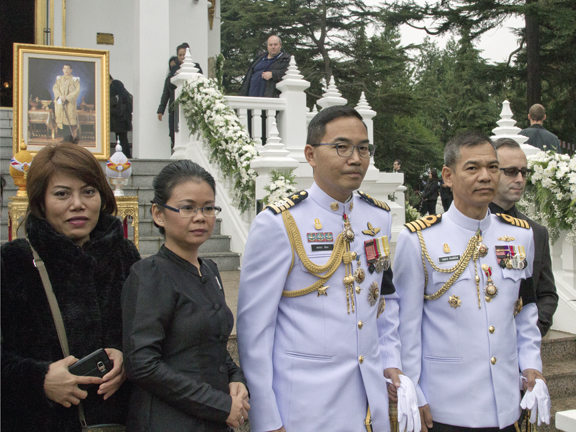 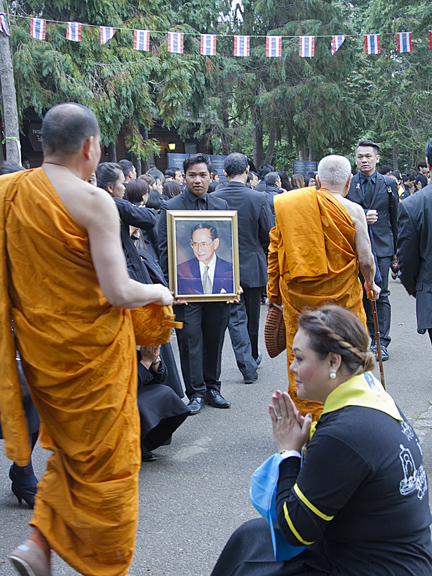 Time for a group photograph in the peaceful grounds of the Buddhapadipa Temple. 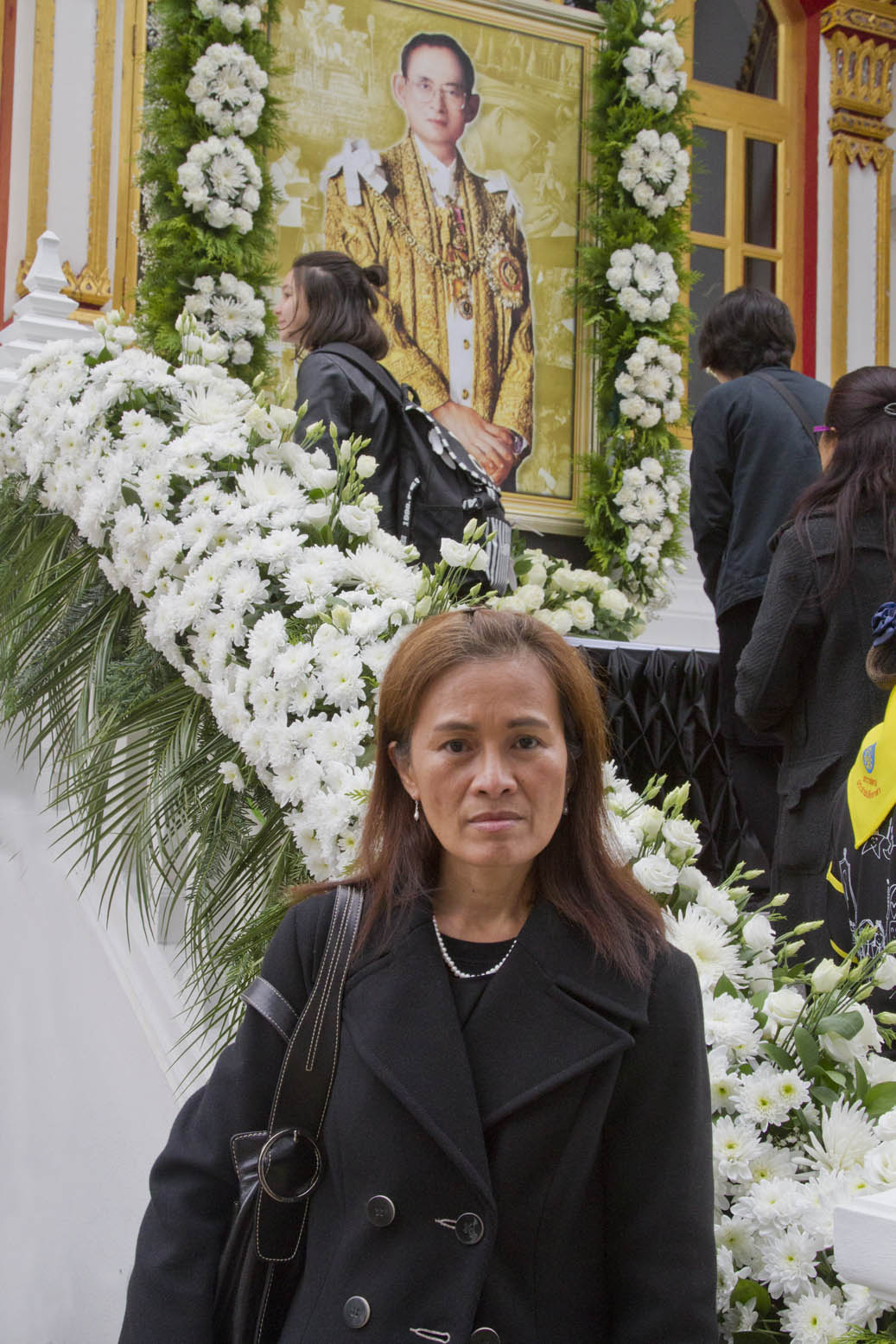 Rungratsamee Knight from Winchester joined those from around the UK paying their personal tributes at the Thai Temple, Wimbledon 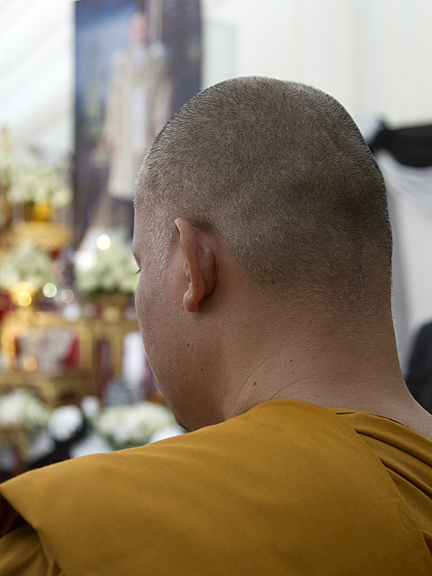 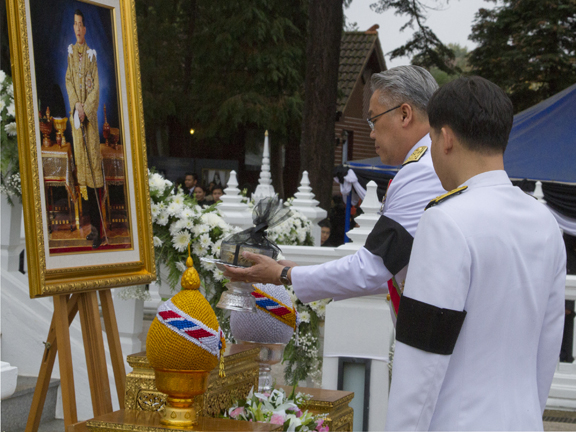 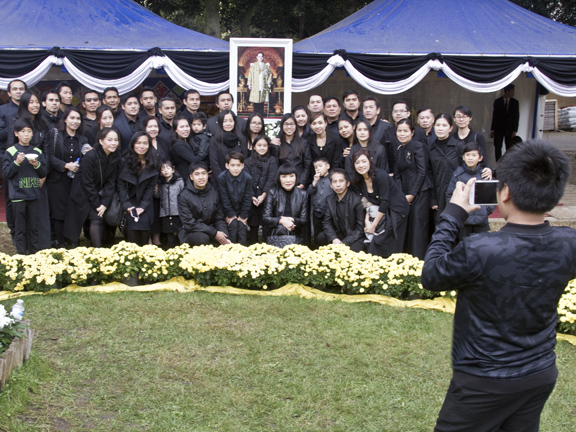 Time for a group photograph in the peaceful ground of the Buddhapadipa Temple. 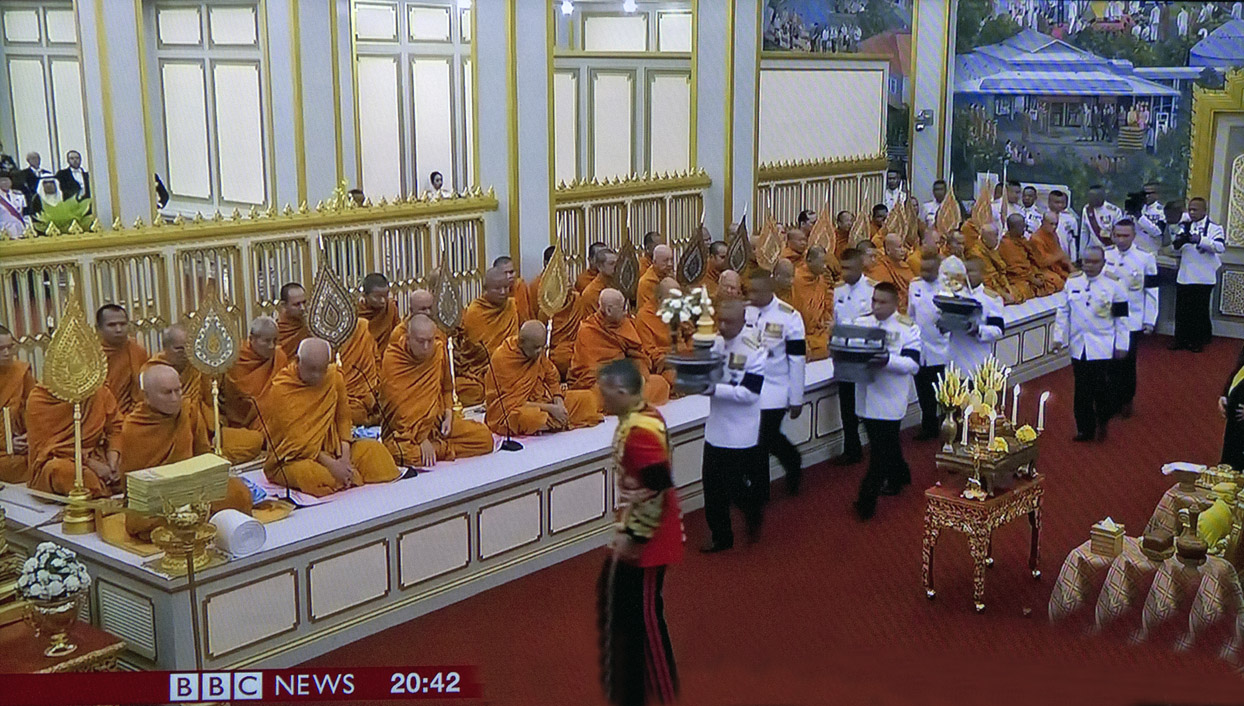 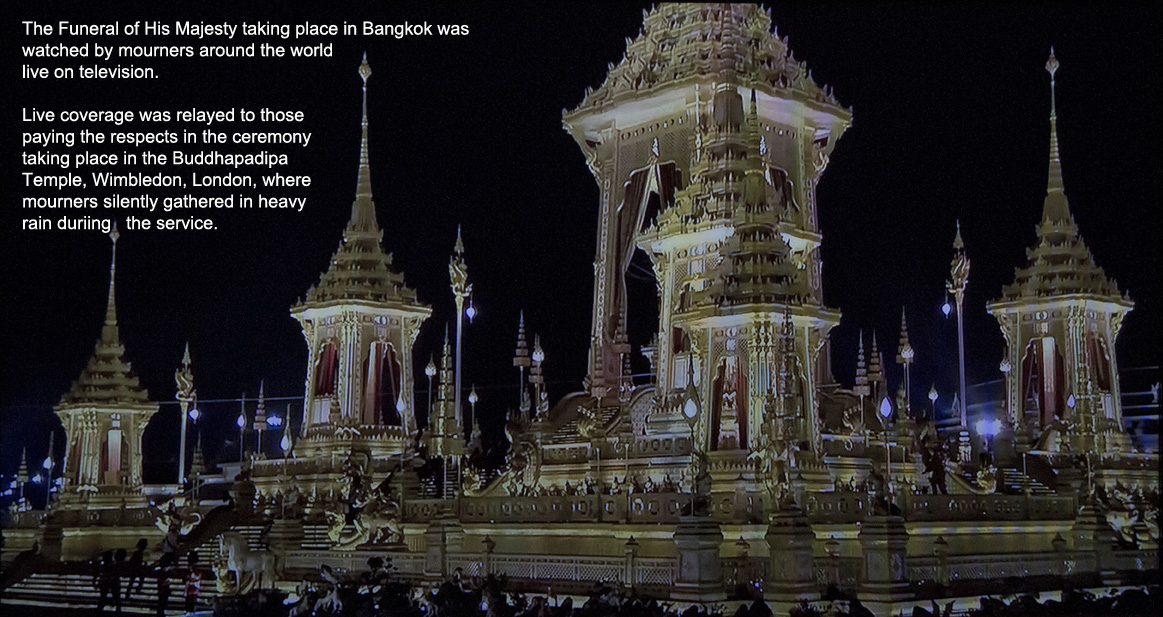 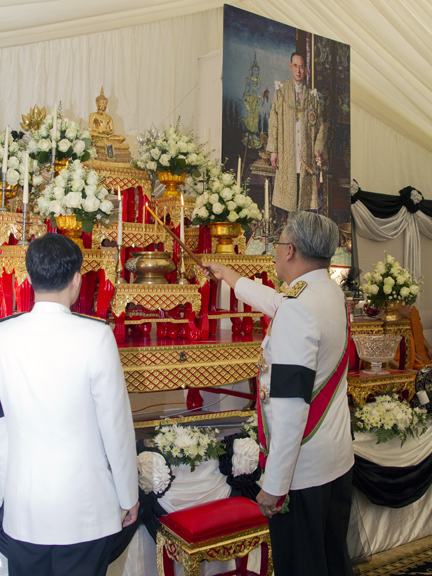 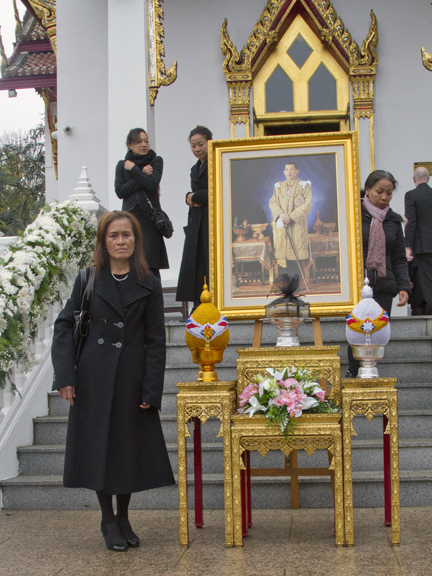 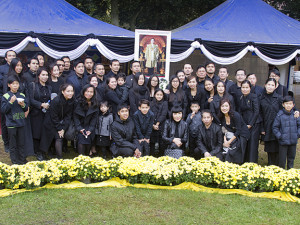 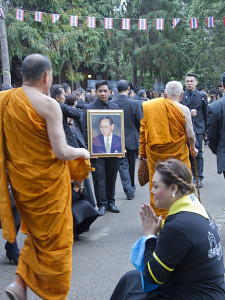 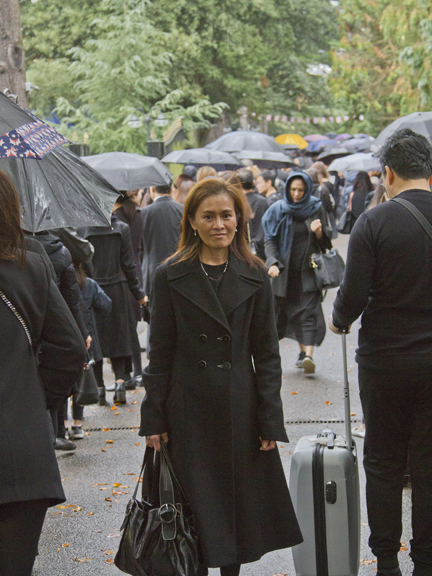 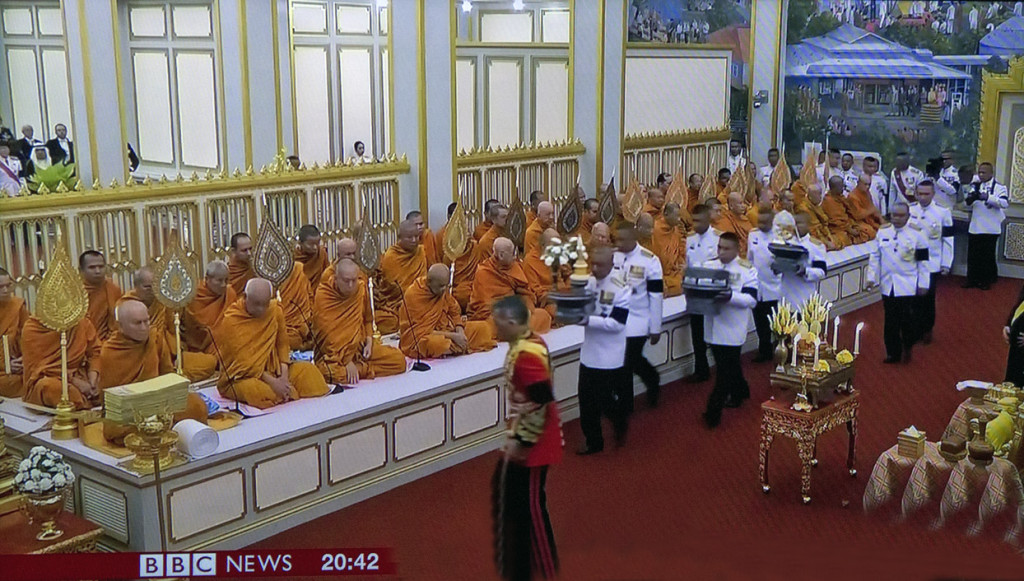 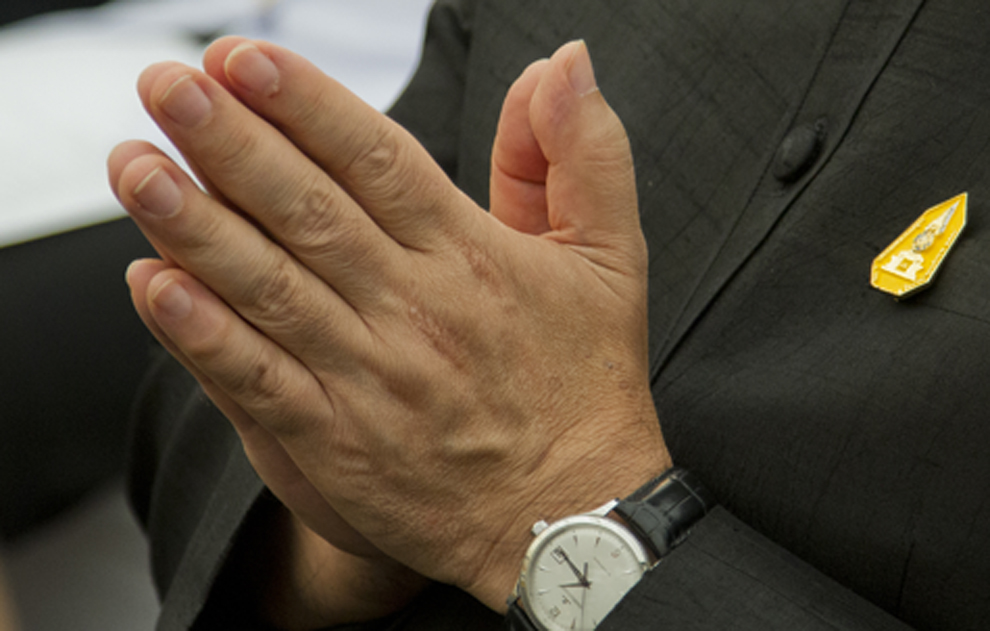 .A moment of repose 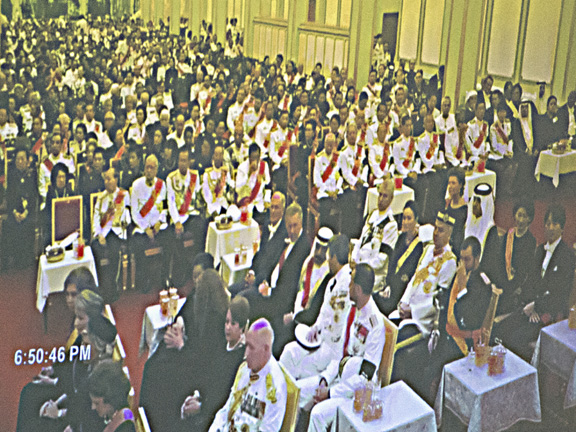 Many world leaders and important guests travelled to Bangkok. 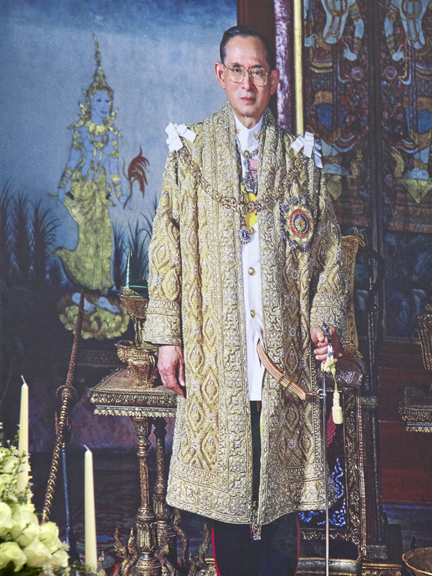 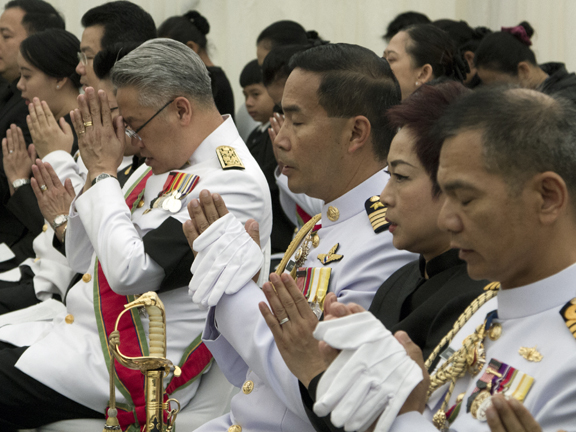 A moment of homage to His late Majesty during the service.