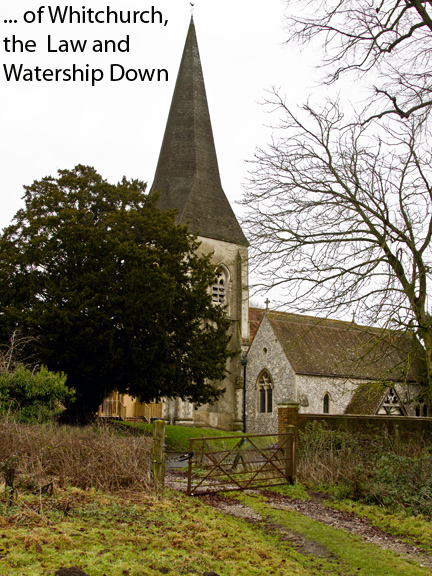 The Anglo-Saxon town of ‘ White Church ‘ is thought to have been occupied since the Iron Age. It appeared in the Domesday Book ( 1086 ) and established a market in 1241 and was granted a Royal Charter in 1285. 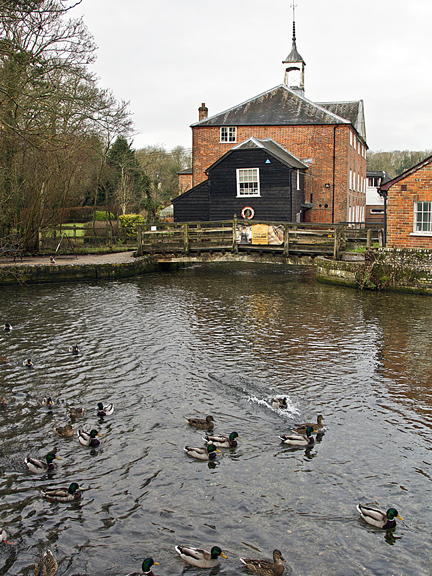 Known for it’s Silk Mill spinning silk, imported from the orient is still made into garments for the legal profession.   Whitchurch took a stand in establishing the legal rights of the citizen to participate in orderly public demonstrations.   When a group of 5,000 Salvationists and 12 Salvation Army bands assembled in the town, they faced prosecution, which led to laws granting public rights of peaceful assemblage.  ( overturned in the 21st century ) 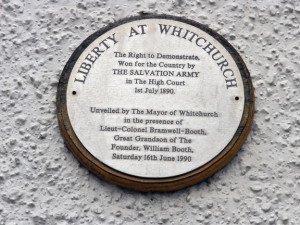 In the 20th/21st century, it has been home to two internationally celebrated residents. 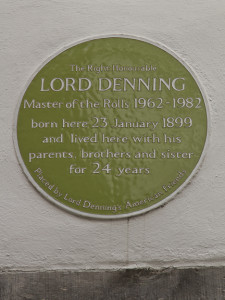 A memorial to Lord Denning given by his American friends

The former Master of the Rolls, Lord Denning, lived at The Lawn.  Lord Bingham said in tribute that he had been, ” the best known and best judge in our history. ”  Born in 1899 above the drapers shop in Newbury Street, he later told me that he’d travelled on the footplate of the steam engine taking him to grammar school in Andover.  He excelled at two careers, firstly teaching at Winchester College and then taking a second degree in a new discipline, jurisprudence.  After an illustrious career, Lord Denning retired in his beloved hometown of Whitchurch. 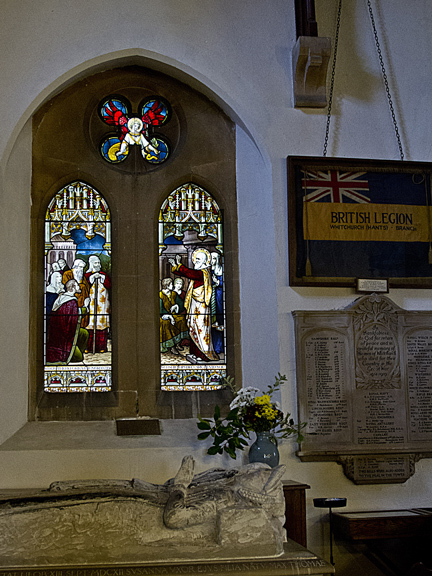 A peaceful corner of All Hallow Church

After a successful career in the civil service, serendipity led Richard Adams to writing down the stories he told to his daughters Juliet and Rosamund at bed-times and on long car journeys.   Produced in many editions around the world, the tales of Watership Down, just 6 miles to the north, reflected his love for the Berkshire Downs. ” I can’t remember ever having done anything – anything at all – more delightful than walking on the crest of the Downs, looking away to the purple, heat-rimmed edge of the horizon, ” he reminisced. It was a place of peace, solitude and reflection where as a young man he recalled : ” I used to go there to think out my thoughts. ”

Artist Aldo Gali’s collaboration for a 40th anniversary edition, produced some of the finest depictions of Mr. Adam’s sentiments and the beauty of Watership Down with a series of enchanting illustrations produced over three years.  His precision and perceptive approach to his work gave life and authenticity to the author’s meticulous prose as together they matched each paragraph and description to the paintings. 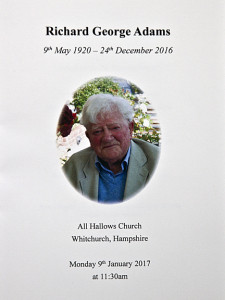 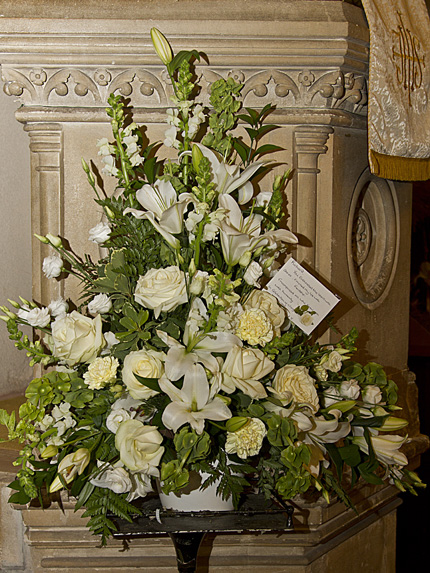 Floral tribute for Richard Adams in All Hallows Church

I attended Mr. Adam’s funeral in All Hallows Church on a cold January morning and joined his neighbours and acquaintances gathered to pay our respects and listen to treasured memories of him in his parish church, with the Christmas crib in it’s place as it had been on Christmas Eve, when he passed away. Next day I returned to think my own thoughts about Watership Down and his passing, as many of his readers must also have been doing around the world.  His legacy will long endure and we look forward to his stories soon to live again on television early this year. 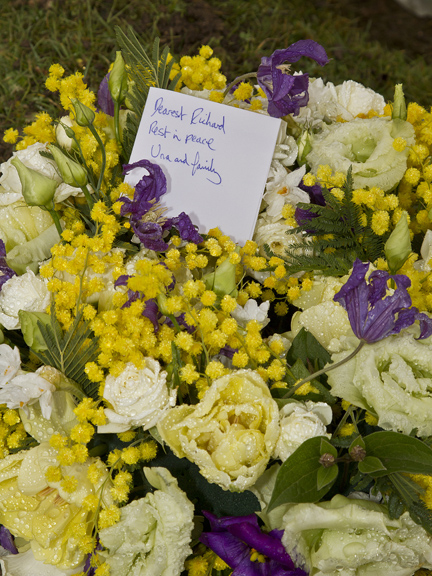