Cyril Stotesbury who has died aged 96 years was awarded France’s highest honour – the Legion d’ Honneur  in recognition of his service in World War 2. 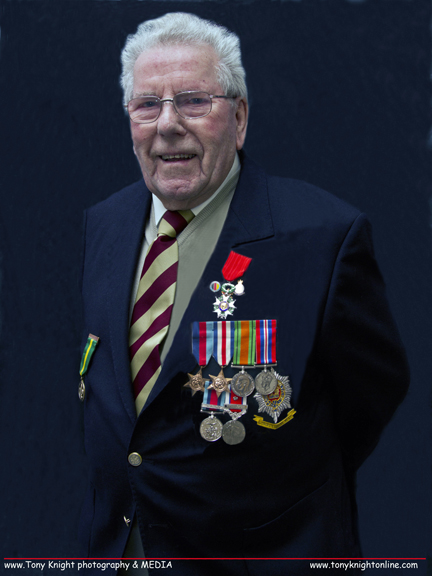 Mr. Stotesbury served in the Infantry, landing in France on D-Day and eventually reached the notorious concentration camp of Bergen Belsen.

Cyril took part in the assault crossing of the River Seine in August 1944, just after D-Day.  He was part of the British 43rd ( Wessex Divison ) in one of the most important actions of World War 2. It has been described as an ‘ epic battle ‘ upon which the success of the war depended.

It is important to capture the moments of those far off days and preserve Cyril’s vivid memories for posterity and plans were made for Cyril to return to France in his 90s so that his vivid memories could be filmed for posterity, but increasing frailty and the passage of time intervened making it impossible.

Cyril was presented with the Legion d’ Honneur medal by Consul Honoraires for the Republic of France, Commandant Francois Jean from Brighton at a ceremony on the Isle of Wight in December 2016.  The presentation was filmed by Steve Feeney. 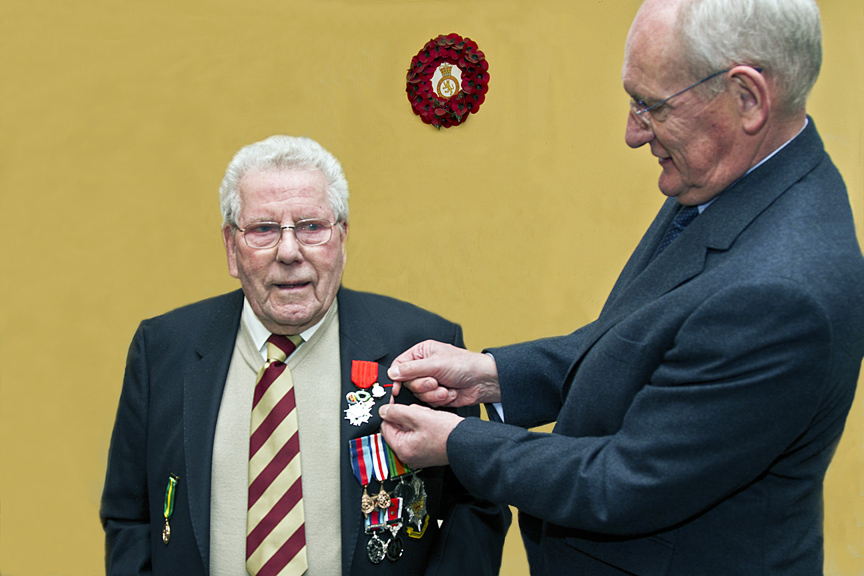 Presentation of the Legion d’ Honneur  by Commandant Francois Jean 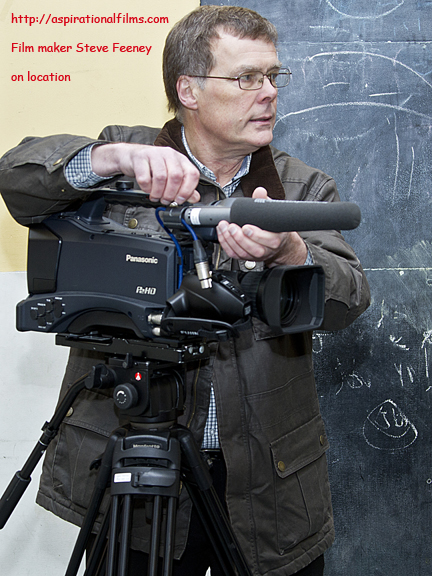