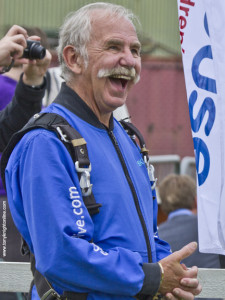 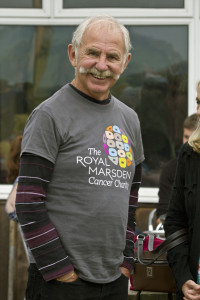 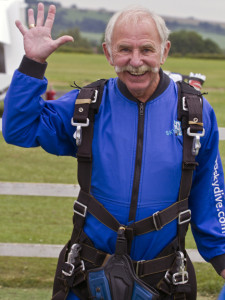 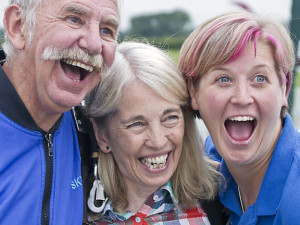 David, supported by his wife Jayne, has raised £500 in a daring 15,000 foot tandem jump at Old Sarum airfield, Wiltshire.  He joined the event which was organised by GoSkyDive, with participating charities raising sponsorship.  Starting at 7.30am, the many, mostly first time sky divers, were marshalled in groups, kitted out and whisked skywards, returning safely to earth within 20 minutes.  Jumping in relays, some 200 people took part, achieving what is believed to be a European record number of 187 tandem jumps in one day. The weather in Scotland conspired against obtaining the full record. 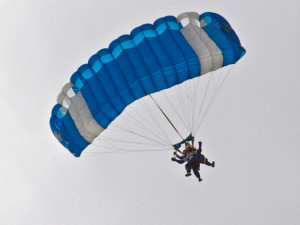 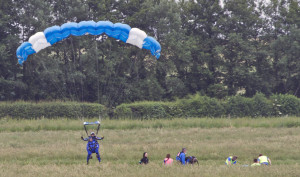 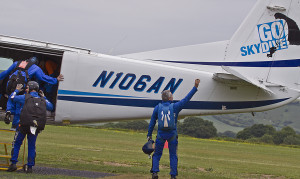 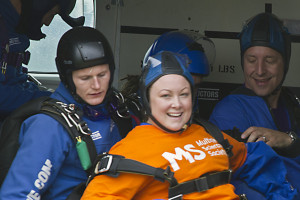 David took to the air tethered to an instructor and the Cessna Super Cargomaster took off and quickly climbed to 15,000 feet, from which they jumped and descended towards the cloud base.

After landing David was raring to get back in the air, after his adrenaline rush, he said,” It was wonderful, I’d do it again anytime. When the parachute opened at 5,000 feet, as we came through the cloud, everything went quiet and I could seen Salisbury and the countryside.  Landing was perfect too. ”

DONATIONS can still be made to :